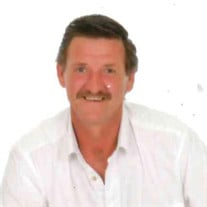 The family of MR. MICHAEL W. EDMONDS created this Life Tributes page to make it easy to share your memories.

FUNERAL SERVICES FOR: MR. MIKE EDMONDS
WILL BE HELD: 11 AM FRIDAY,...

Send flowers to the EDMONDS family.