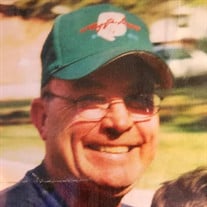 GRAVESIDE SERVICES FOR: MR. EDWARD MANN WILL BE HELD: 2:30 PM MONDAY, FEBRUARY 7, 2022 AT: MS VETERAN’S MEMORIAL CEMETERY VISITATION: 5-7 PM SUNDAY, FEBRUARY 6, 2022 AT: JOHN E. STEPHENS CHAPEL Edward Eugene Mann Released from this earthly life on February 3, 2022, at the age of 73, after a lengthy battle with cancer. He was preceded in death by his parents Clyde and Alpha Mann, and brother Herbert Mann. He is survived by his wife Marilyn, and his daughter Christina Mann her son Garrett, his son Adam Mann and his wife April with their children Aiden and Amelia. His brother C.L. Mann, and his son Clyde Mann. His sister Barbara Blass, her husband Ronnie, her son Brian Hall, and her daughter Barbie Hall. By Herbert's children Cindy Mann and Wendy Kuster. Eddie grew up in Conehatta, and Newton, MS. He returned there after his Navy career. In Newton, Eddie met a California girl, Marilyn, in 1974. They married in 1975, and settled in Philadelphia, MS to start a family, and lived there for the remainder of their married life. Ed's passion was fixing and repairing machines and electronics, and he made a career of it. He loved to repair things that were broken, especially if someone said it couldn't be fixed. He loved sports and enjoyed listening to big games on radio broadcasts. He loved the outdoors, and hunting, and riding the back roads around the county just seeing what he could see. Edward was a proud member of the Armed Forces. At 18, he joined and served in the US Navy from 1966 to 1972. He joined the Army National Guard in 1975 with the 367th Maintenance Company in DeKalb, MS and transferred to the 367th in Philadelphia. He is a veteran of Vietnam, Desert Shield/Storm, and Operation Iraqi Freedom. He was awarded the Bronze Star in 2004 for his work during Iraqi Freedom in Mosul, Iraq. During Hurricane Katrina, the 367th was activated and was an essential part of getting critical infrastructure back online. Specifically, he was key in repairing a hospital generator that was damaged and offline from the storm. He loved his country and was proud to serve and defend it. He retired from the National Guard in 2008 Sargent First Class. Edward was a member of Philadelphia Masonic Lodge 93. His big smile, his laugh, his jokes, and his loyalty as a friend and father will be greatly missed by those who knew him and loved him.

The family of MR. EDWARD EUGENE MANN created this Life Tributes page to make it easy to share your memories.

Send flowers to the MANN family.